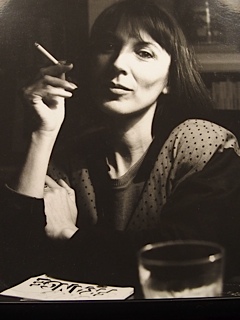 Michele Carrandie is from Montauban in France

She studied literature at the University of Toulouse and in parallel took drawing classes at l’ Ecole des Beaux Arts.

In 1969 she traveled to London where she lived for one year and where she learned litography.

In 1975 she dedicates herself to fashion drawings  working for various advertising agencies. She worked with textile designers, both Spanish and Italian, making technical drawings and illustrations for different collections. Without leaving the world of fashion, she wrote & illustrated a book for children.

In 2005 he is dedicated to figurative paintings, and in 2010-2011 works on various story boards for short advertising films

In 2015 starts a collection of paintings (portraits in pencil, pastel and oils) of 20 women of the twentieth century (writers, painters, political figures, & actresses ).